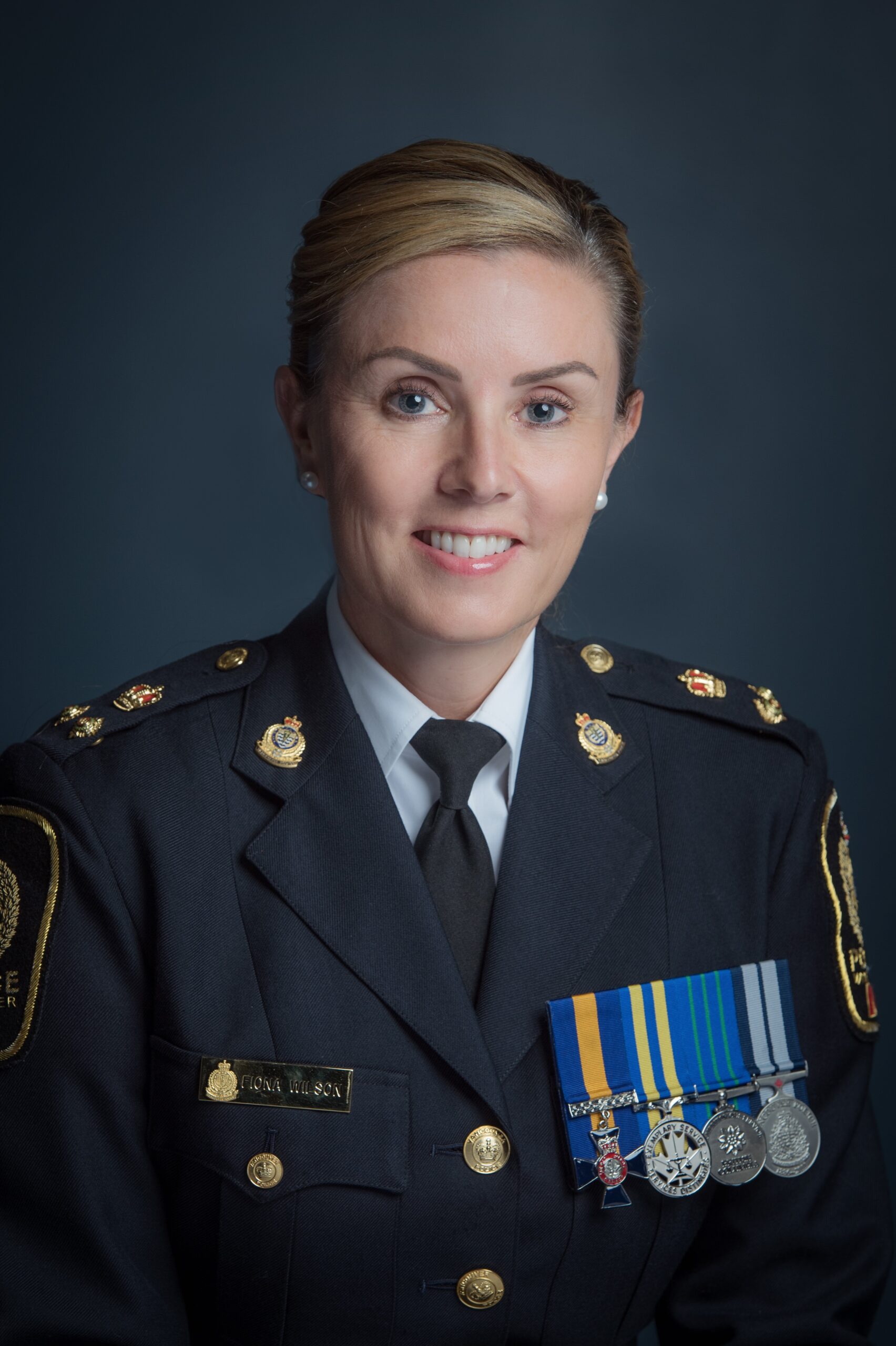 Deputy Chief Constable Fiona Wilson has been a member of the Vancouver Police Department (VPD) since 1999. She began her career serving as a patrol constable in several districts, walking the beat in the Downtown Eastside, and working as an investigator in the Sex Crimes Unit. In addition, she worked as an investigator on Projects Rebellion and Torrent – two major projects that successfully disrupted regional organized crime groups. In 2007, she authored the VPD report “Lost in Transition” that highlighted a lack of capacity in the mental health system for some of the most vulnerable people living in our community. The success of this report led to her presenting to audiences in Canada and Asia.

Upon promotion to Sergeant in 2009, DCC Wilson returned to the Operations Division and was assigned to the Professional Standards Section. In 2012, she joined the Major Crime Section as a Sergeant and went on to work with the RCMP Federal Serious and Organized Crime Unit as a Team Leader in charge of an international drug investigation. In 2016, DCC Wilson was promoted to Staff Sergeant and served in the General Investigation Section. Upon promotion to Inspector in 2017, she worked as the Officer-in-Charge of Court and Detention Services. DCC Wilson implemented improvements in training and policy and led a comprehensive review of the Jail Manual of Operations. In addition, she initiated and coordinated a major upgrade of the Vancouver Jail facility, which processes over 16,000 people annually.

Promoted to Superintendent in March 2019, DCC Wilson represented the VPD on Secondment as a Deputy Chief Officer with the Combined Forces Special Enforcement Unit – British Columbia (CFSEU-BC). In January 2021, she became Superintendent in charge of Investigative Support Services and was then promoted to the rank of Deputy Chief in charge of the Investigation Division.

DCC Wilson was appointed to the Order of Merit of Police Forces in 2020. She has received five VPD commendations, the 2008 Communications Award from the BC Association of Clinical Counsellors, the 2008 Richard Dolman Award from the BC Schizophrenic Society, the John Kable Young Justice Professional Memorial Award and a Meritorious Service Award. DCC Wilson is a provincially accredited Team Commander. She holds Bachelor and Master of Arts degrees in Criminology from Simon Fraser University.

DCC Wilson enjoys spending time with her husband Skigh, a VPD Sergeant, and their three children.